CyberShark is a friendly team of people who want to make the Internet better. And the world, too:) 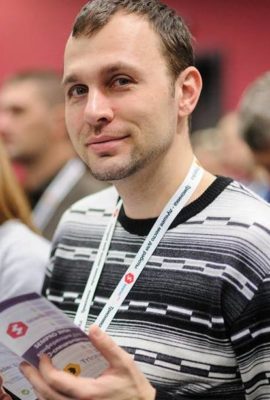 Alexey
CEO/CTO
Idea generator. The only logical explanation for his omnipresence is a little clone factory. 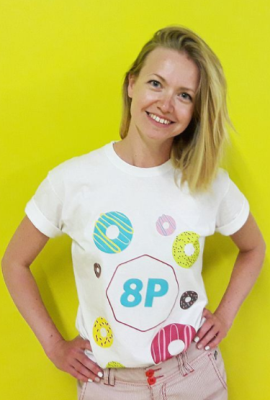 Eugenia
Head of SEO
Looks harmless, but in fact a little grammar nazzi.

Julia
Social Projects Manager
Executive and diligent. She thinks that the working day ends at 8 pm. Feeds programmers with cookies. 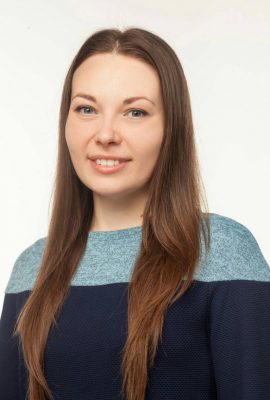 Olga
Project Manager
Creative. Initiative. Responsible. And also: a sportswoman, a beauty, but not a komsomol.
Our story

In 2009, a small team of optimists who wanted to change the world decided to try their hand at online marketing. At that time, the Ukrainian segment of site development and promotion was a dense forest, in which operated incomprehensible laws of physics and logic. It took four years of mistakes and achievements to understand and implement a lot of ideas that later turned into Cybershark.

We decided not to limit ourselves to SEO and SMO promotion, but to influence the site in all possible ways, which were in the arsenal of honest internet marketing. It worked.

Clients, though not enrolled in the kilometer-long queues to get our services, but went a pleasant slender flow, so we not only kept afloat, but also developed. There appeared the capital and foreign customers. The formed (albeit small) staff, working in the office and on a remote basis, performed its functions in a coherent and efficient manner.

The existence of the company was questioned in 2014. Political events and their consequence – economic decline, forced the company to significantly reduce the number of employees and move to a mode of minimum capacity. To survive, it had to adapt to the new market realities.

For a long time we worked in the client direction. More than 200 implemented projects of different scale and complexity levels. Small local companies as well as international firms such as Skynell, Proofy.io, Marketing Gamers and others cooperated with us. In addition to the Ukrainian market segment, we worked with entrepreneurs from Germany, China, USA and Russia.

Today we have completely switched to our own projects and do not take on client sites. But if you have an idea of cooperation in finance, hosting or automotive themes, text to us and we will think about how to implement a mutually beneficial partnership.